Posted on February 7, 2018 by shaikkadir 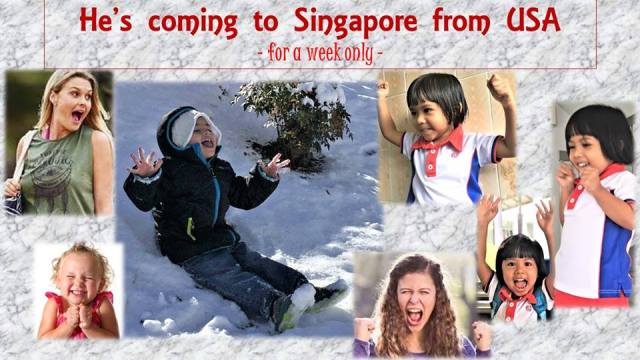 Yes, he’s already in Singapore but for a week only before he heads for Sydney.

Of course, Adam’s American relatives were expecting to see him and were extremely delighted when he arrived; they last saw him when he was just three months old.

Adam and his parents were staying in Sydney, Australia, where his mother was doing her PhD studies (in Physics Education) which she has just completed.

In North Carolina, USA, where Adam’s grandparents live, Adam was doted by his relatives.

On 22 December last year after about just a week with Adam, Fred said of his grandson: “Thanks so much Shaik. Adam is unbelievable. I cannot tell you how much he means to all of us. I’ve never seen a 4-year-old with so much personality. He was the star of the show both on Christmas Eve and then again on Christmas Day.”

Then, exactly a month later, on 22 January this year, Fred showered more praises for Adam. He said: “I’ve never seen such an outgoing child as Adam. He never meets a stranger. He has this incredible personality. He is adored by all.”

Before going to America, my daughter, Munirah, her husband, Allen, and Adam came to Singapore from Sydney and stayed in Singapore for a fortnight before flying off to North Carolina to meet Allen’s parents.

Fred Dula (third from left) and his family members in a restaurant. 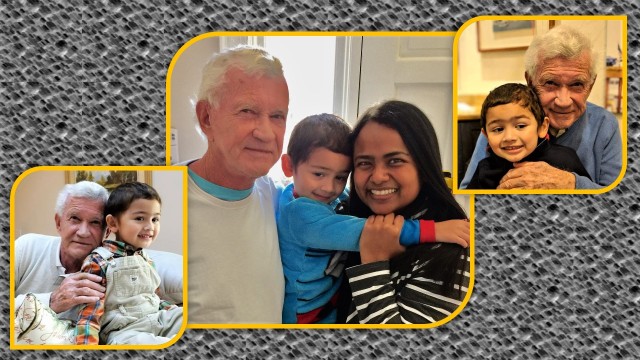 Adam with his granddad, Fred, and his mother, Munirah…

Adam with is grandmother, Lib whom he affectionately calls “Mimi”.

Alson Dula-Brodhage, Allen’s elder sister, writing to Adam’s Singapore granddad, “Atuk”: “We are really enjoying the visit with Adam and the family. Thank you for everything you do.”

Edie and Fred with Adam…

It is 2 February – Fred’s birthday – and Fred booked a room in a restaurant for his whole family to be together for the celebration. (On the left in the foreground is John, with beard, Alson’s husband. Alson is third from left. The girls, twin, are their grandchildren. Unable to attend the family gathering are Allen’s brother Page, and his wife, Alison.)

Fred, Allen, Munirah and Adam visited Fred’s 81-year-old sister, Ann. “Ann was a runner up in the Miss Durham contest. The winner, Elaine Herndon, won the Miss North Carolina contest and was later 5th in the Miss America contest. Ann was Miss Congeniality in the Miss Durham contest,” said Fred in his Facebook about his sister.
Munirah told us: “When we visited Ann, she really looked good and she ate well, but her health tumbled the following day. And a few days later, she passed away.
May Ann rest in peace.

Allen’s elder brother, Page Dula with his wife, Alison, with Adam and his mother, Munirah.

Happy moments: Adam with his parents. 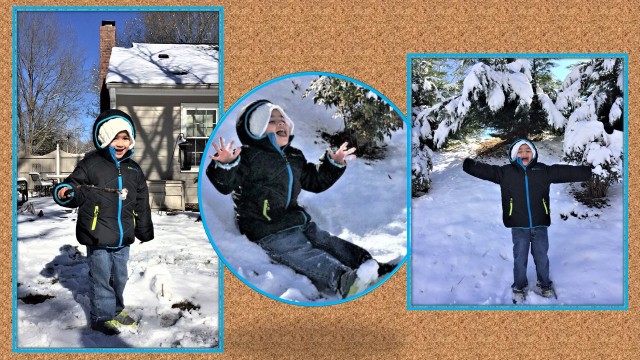 Fun in the snow…

Parting is always sad: “We will miss Adam when he leaves but do feel that he will turn out to be a very fine young man as time goes by,” said Fred.

Adam was eager to meet his cousin, 3½-year old Nur Iffah Muhammad Imran, in Singapore. The last time they met was in December last year when Adam and his parents came to Singapore for two weeks enroute to North Carolina. 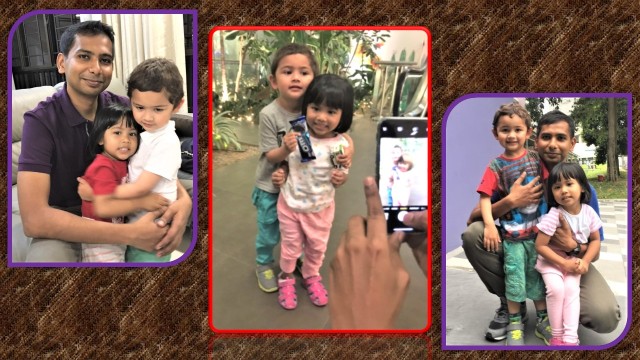 Adam and his cousin, Iffah: They get along very well. (Photos of Adam with Iffah and Uncle Imran Shaik Kadir taken in December last year. 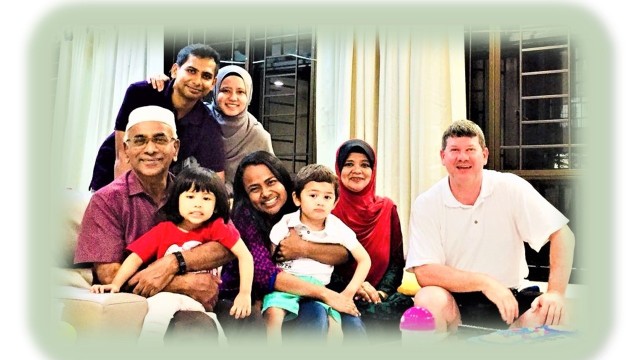 This entry was posted in Adam's Day and tagged happiness with children, love for grandchildren, love with grandparents. Bookmark the permalink.